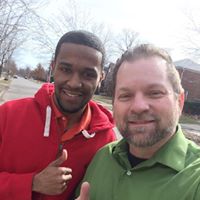 Marcus was called “The Santa Shooter” after he used lethal force to save him and a friend. He spent a year with a tether attached to his leg, as he was monitored everywhere he went. He almost lost custody of his daughter, dealt with a number of other demons that come with using lethal force.  But due to his determination of using lethal force legally, he’s now a free man.

Check out the interview with Marcus was we drive thru his neighborhood and into downtown Detroit.

You can buy his book, “The Santa Shooter: Guilty Until Proven Innocent”, here

Riding Shotgun With Charlie#096Theresa InackerCoalition of New Jersey Firearm OwnersThe DC Project Theresa Inacker has done some cool things…I mean besides coming Riding Shotgun! She hunts pheasants.  She hangs out with Dick Heller. And she puts CNN”s Chris Cuomo in his place.  […]

Riding Shotgun With Charlie#095Judi WellsA Girl & A Gun The DC Project Judi Wells is more than just an “accidental activist”.  She’s an unexpected gun owner, too. She’s a vegetarian, does yoga, and doesn’t like killing spiders, let alone other animals. Go down […]

Riding Shotgun With Charlie#094Gabby CannonsA Girl & A Gun Connecticut One of the great things about having a show like mine is the referrals.  I ask my 2A friends about potential passengers and they’ll reach out to their contacts and let their […]

Riding Shotgun With Charlie#093 John  PetrolinoAuthor/WriterDecoding FirearmsAmmoland John Petrolino “relentlessly harassed’ me (his words, not mine) about having Mark Shean on the show. With some experience in writing and publishing, John was helping Mark turn his blog into a book.  Then John wrote […]

Riding Shotgun With Charlie#092Sarah AlbrechtHold My Guns Sarah, her husband, I and I hung out at a SHOT show event in January and we got along really well.  When I saw that there was a machine gun shoot in Pennsylvania, I looked […]

Riding Shotgun With Charlie#091Patrick Collins I met Patrick at the Gun Rights Policy Conference 2019 in Phoenix. He saw that I was doing a Southern Tour this summer and said if I was in Atlanta I should get in touch. After a […]